There was a vast human diversity among the peoples thrown into contact with one another in the NewWorld. Exploration and settlement took place in an era of almost constant warfare among European nations, eachracked by internal religious, political, and regional conflicts. Native Americans and Africans consisted of numerous groups with their own languages and cultures. They were as likely to fight one another as to unite against the European newcomers. All these peoples were changed by their integration into the new Atlantic economy. The complex interactions of Europeans, American Indians, and Africans would shape American history during the colonial era. Instructions: Using your textbook "Give Me Liberty" fill in the blanks for Ch. 1 The New World. 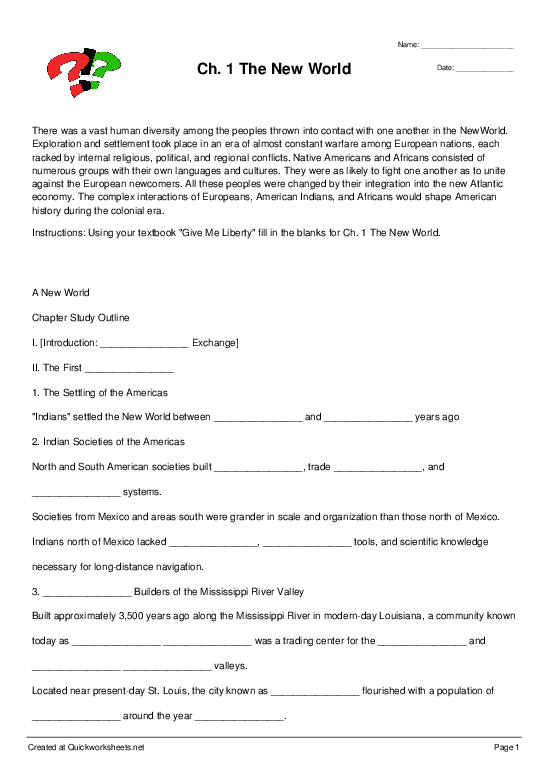 This is a scanning-Fill-In-The-Blank assignment. Using the textbook "Give Me Liberty" by Eric Foner, 3rd ed. students will read the chapter while filling in the blanks.