Does the Colonel Treat You Well CLOZE #1 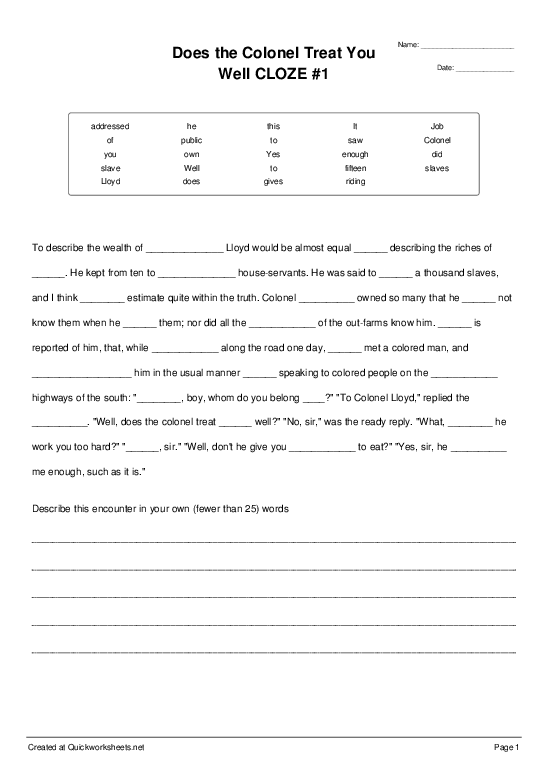 To describe the wealth of Colonel Lloyd would be almost equal to describing the riches of Job. He kept from ten to fifteen house-servants. He was said to own a thousand slaves, and I think this estimate quite within the truth. Colonel Lloyd owned so many that he did not know them when he saw them; nor did all the slaves of the out-farms know him. It is reported of him, that, while riding along the road one day, he met a colored man, and addressed him in the usual manner of speaking to colored people on the public highways of the south: "Well, boy, whom do you belong to?" "To Colonel Lloyd," replied the slave. "Well, does the colonel treat you well?" "No, sir," was the ready reply. "What, does he work you too hard?" "Yes, sir." "Well, don't he give you enough to eat?" "Yes, sir, he gives me enough, such as it is."

Describe this encounter in your own (fewer than 25) words