The Rise of Mussolini: Timeline of events 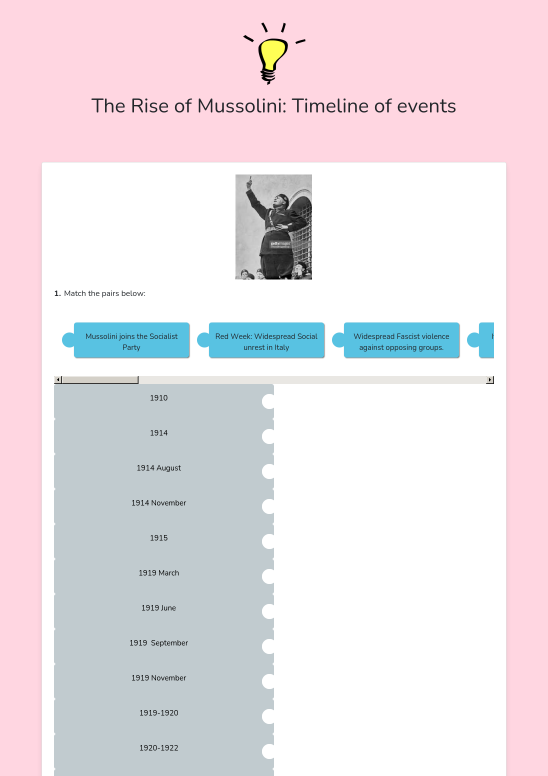