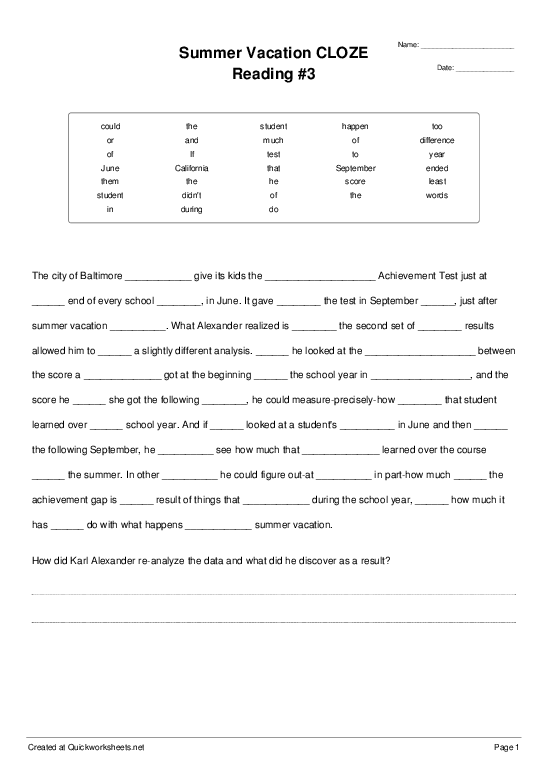 The city of Baltimore didn't give its kids the California Achievement Test just at the end of every school year, in June. It gave them the test in September too, just after summer vacation ended. What Alexander realized is that the second set of test results allowed him to do a slightly different analysis. If he looked at the difference between the score a student got at the beginning of the school year in September, and the score he or she got the following June, he could measure-precisely-how much that student learned over the school year. And if he looked at a student's score in June and then in the following September, he could see how much that student learned over the course of the summer. In other words he could figure out-at least in part-how much of the achievement gap is the result of things that happen during the school year, and how much it has to do with what happens during summer vacation.

How did Karl Alexander re-analyze the data and what did he discover as a result?