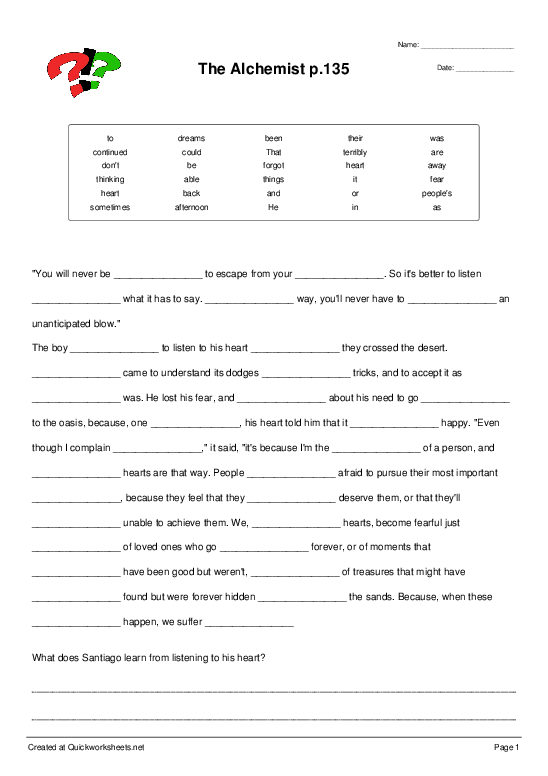 "You will never be able to escape from your heart. So it's better to listen to what it has to say. That way, you'll never have to fear an unanticipated blow." The boy continued to listen to his heart as they crossed the desert. He came to understand its dodges and tricks, and to accept it as it was. He lost his fear, and forgot about his need to go back to the oasis, because, one afternoon, his heart told him that it was happy. "Even though I complain sometimes," it said, "it's because I'm the heart of a person, and people's hearts are that way. People are afraid to pursue their most important dreams, because they feel that they don't deserve them, or that they'll be unable to achieve them. We, their hearts, become fearful just thinking of loved ones who go away forever, or of moments that could have been good but weren't, or of treasures that might have been found but were forever hidden in the sands. Because, when these things happen, we suffer terribly

What does Santiago learn from listening to his heart?