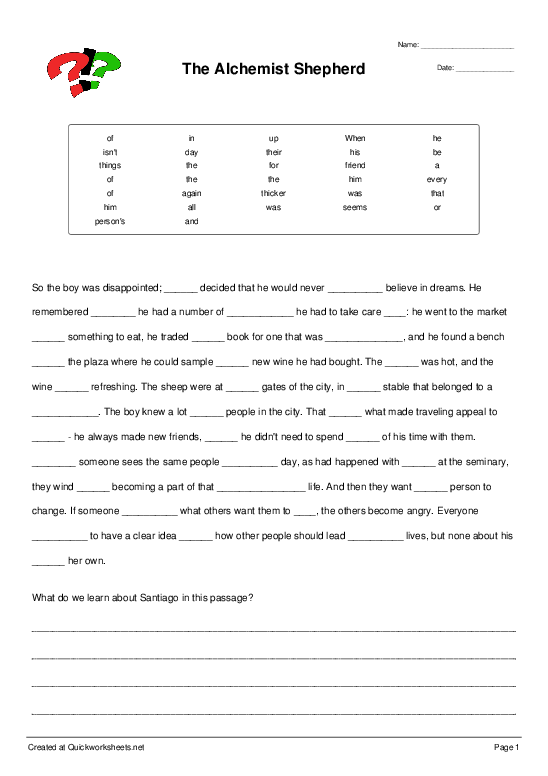 So the boy was disappointed; he decided that he would never again believe in dreams. He remembered that he had a number of things he had to take care of: he went to the market for something to eat, he traded his book for one that was thicker, and he found a bench in the plaza where he could sample the new wine he had bought. The day was hot, and the wine was refreshing. The sheep were at the gates of the city, in a stable that belonged to a friend. The boy knew a lot of people in the city. That was what made traveling appeal to him — he always made new friends, and he didn't need to spend all of his time with them. When someone sees the same people every day, as had happened with him at the seminary, they wind up becoming a part of that person's life. And then they want the person to change. If someone isn't what others want them to be, the others become angry. Everyone seems to have a clear idea of how other people should lead their lives, but none about his or her own.

What do we learn about Santiago in this passage?