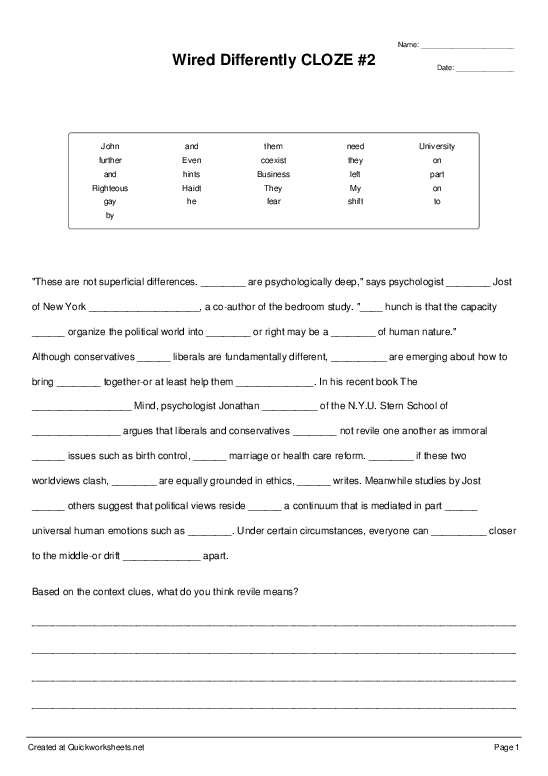 “These are not superficial differences. They are psychologically deep,” says psychologist John Jost of New York University, a co-author of the bedroom study. “My hunch is that the capacity to organize the political world into left or right may be a part of human nature.” Although conservatives and liberals are fundamentally different, hints are emerging about how to bring them together—or at least help them coexist. In his recent book The Righteous Mind, psychologist Jonathan Haidt of the N.Y.U. Stern School of Business argues that liberals and conservatives need not revile one another as immoral on issues such as birth control, gay marriage or health care reform. Even if these two worldviews clash, they are equally grounded in ethics, he writes. Meanwhile studies by Jost and others suggest that political views reside on a continuum that is mediated in part by universal human emotions such as fear. Under certain circumstances, everyone can shift closer to the middle—or drift further apart.

Based on the context clues, what do you think revile means?