days of the week months of the year

Directions.  Read the clues.  This is to practice using the words before and after.  The clues are days of the week, months of the year, and spelling of numbers. 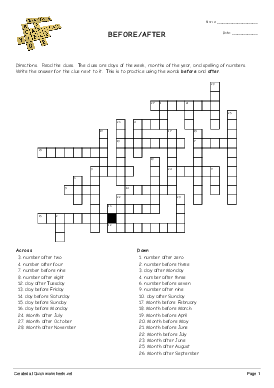 Vocabulary exercise using before and after with numbers, days of the week, and months of the year.